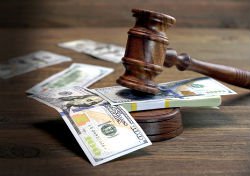 Running alongside the incredibly popular torrent site The Pirate Bay, Dreamfilm was a Swedish portal that offered content in the increasingly popular streaming format.

With no fancy software needed, the site enjoyed considerable growth, particularly among locals seeking quick and easy access to the latest local and Hollywood movies.

In January 2015 and after capturing millions of visitors, Dreamfilm announced it would close down after one of its administrators was detained by the authorities.

Four men, aged in their 20s and 30s, were eventually hauled to court, with each admitting involvement but confessing no crimes.

The Linköping District Court found them all guilty of copyright infringement offenses and sentenced them to between six to 10 months in jail. They were also ordered to pay a fine of SEK 1,000,0000 (US$109,500) to plaintiffs including the Swedish Film Industry, Nordisk Film, and Walt Disney.

With all parties dissatisfied with the outcome – sentences too harsh for the defendants and not aggressive enough for the plaintiffs – the case went to appeal. Citing recent clarifications of EU law, the defendants argued that the content offered on the sites was already online and could be accessed in other ways. This, they said, meant the content had not been “made available to a new audience”.

The Court of Appeal, however, sided with the District Court, agreeing that the links on the site targeted a new and unauthorized audience and therefore amounted to copyright infringement. The samples detailed in the case meant that the men committed between 45 and 188 infringements each and were motivated by profit, as determined by the advertising present on the platforms.

Where the Court of Appeal differed in its opinion was on the punishments that should be handed down. The financial penalty was more than quadrupled from SEK 1,000,000 to SEK 4,250,000 (US$465,500) but the immediate jail sentences pressed for and then obtained by the plaintiffs were removed.

Due to the fact that the men were all relatively young, had never been in trouble with the authorities, and were unlikely to offend again, the Court of Appeal wiped out their custodial sentences, replacing them with conditional ones instead.

While this was welcomed by the defendants, the hugely increased damages bill was hard to swallow, despite the movie companies in question originally demanding more than SEK 9,000,000 (US$985,800). The four million damages award, the Court of Appeal ruled, was the amount a hypothetical license to distribute would have cost.

DagensJuridik reports that two out of the four men have now taken their case to the highest court in the land, the Högsta Domstolen (Supreme Court).

Unlike the lower court, the Supreme Court will not determine the guilt or otherwise of the defendants. The hearing will only concern whether the damages award and compensation for the film industry was reasonable when it was set at SEK 4,250,000 (US$465,500).

The Supreme Court will also have no involvement in the conditional sentences previously handed down by the Göta Hovrätt (Court of Appeal). They will stand as previously ordered, with two of the defendants paying daily fines, penalties based on the offender’s daily personal income.

Also under consideration by the Supreme Court is the ruling handed down in the Swefilmer case. In March this year, two men had their sentences increased by the Court of Appeal in Sweden.

After originally being told to serve three years in prison, the main operator of the site had his sentence increased to four years with additional damages on top. The second man’s conditional sentence was augmented with a fine.

Swedish anti-piracy outfit Rights Alliance has long campaigned for harsher sentences for copyright infringement offenses in Sweden, particularly those handed down in connection with file-sharing platforms. It argues that when courts go soft on offenders, it only encourages others to set up similar operations in what is then perceived as a safe(r) haven.