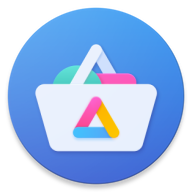 Aurora Store is like the Yalp Store and offers basically all the same features. The main difference is a much more elegant and functional interface. Although it’s a Yalp Store fork, it basically allows you to download any APK offer on Google Play without a google play account and in complete privacy.

Aurora Store has all the same information as Google Play. With this app, you can check app descriptions, screenshots, updates, other users’ comments, and download the APK directly to your device with just a tap. Not only that, but you can also search for older versions of apps on Aurora Store so long as you have the version code.

On top of all those features, Aurora Store also makes it easy to manage apps already installed on your device. From Aurora Store, you can check if there are any new updates available for your apps, block an app from updating, as well as choose if you’d rather automatically delete APKs once an app is installed, or keep them on your device.

In conclusion, Aurora Store is an amazing app. It makes it easy to download virtually any APK offered on Google Play, and at the same time, enables you to manage the apps already on your device. All this, from an elegant and very intuitive user interface. 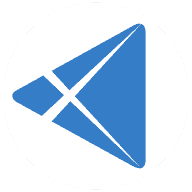 Yalp Store lets you download apps directly from Google Play Store as apk files. It can search for updates of installed apps and lets you search for other apps. Yalp saves downloaded apks to your default download folder. Other features include browsing categories, viewing and leaving reviews, black/whitelisting apps for updates, filtering apps by being free/paid and containing/not containing ads.

The point of Yalp Store is to be small and independent from Google Services Framework. You might want to use Yalp Store is if you frequently flash experimental ROMs. This often breaks gapps and even prevents their reinstallation. In this situation Yalp will still work.

By default Yalp Store connects to Google services using a built-in account, so you do not have to own a Google account to use it. The only reason to use a live Google account is to access the paid apps you own or leave reviews.

Although APK downloads are available below to give you the choice, you should be aware that by installing that way you will not receive update notifications and it’s a less secure way to download. We recommend that you install the F-Droid client and use that.