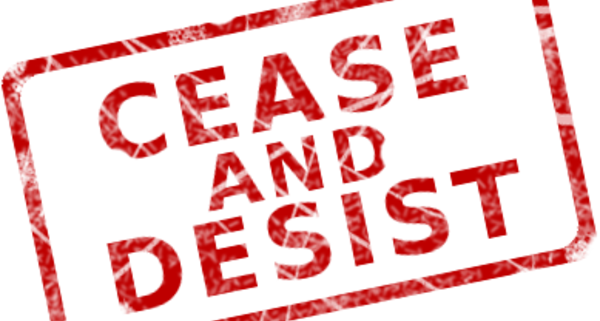 Contents hide
1 Some of the most popular Kodi repositories have been taken down after reportedly receiving a Cease and Desist letter from ACE.
1.1 Noobs and Nerds Repository
1.2 ZT Team – Pyramid
1.3 Teverz Repo
1.4 Looking Glass Repo
1.5 Doggmatic
1.6 SpinzTV Repository
Rate this post

Some of the most popular Kodi repositories have been taken down after reportedly receiving a Cease and Desist letter from ACE.

Not a happy Valentine’s for a lot of people this year as some of the most popular Kodi related sources were reportedly hit with cease and desist letters today from Alliance for Creativity and Entertainment (ACE), an anti-piracy partnership between Hollywood studios, Netflix, Amazon, and more than two dozen other companies. These letters were identical to those received by the Colossus, Dandy Media, Mucky Ducky, and other repositories back in November 2017.

The cease and desist letter alleges that the defendant receiving the letter is encouraging copyright infringement through the addons. The letter does not appear to be a signed legal document. There is no signature from a lawyer and no law firm is listed on the letter. It simply asks to “stop” or be faced with further punishment.

In the specifics, this is what we know as of right now:

At least one member of the Noobs and Nerds repository received letters today and the official NoobsandNerds.com website leads to a suspended account message. Their Twitter account has been deleted as well. Lastly, the NaN repo has been pulled offline.

You probably all seen it allready: Nan-site is offline as is their twitter. It does not look like it will be comming back either and I have also emptied out my repo’s of all content that could be considered copyright-infringing.

I will be keeping my git-account alive though simply to avoid it being high-jacked, nothing else. Also, if you see claims in the future that I or Nan endorses TVA (similar to what happened to Xunity), do not believe it as that will never ever happen!

For anyone still choosing to associate with TVA: watch your back and the best of luck, you are going to need it. Sure, there are some good people amongst them but imo, Adam/Eleazar is by far the most arrogant, devious and generally the worst person I have ever come across.

To end on a positive note, I would like to take this chance to say that Nan and totalxbmc before that have without a doubt been the nicest and most helpfull group I have ever had the pleasure of dealing with and being a part of. I have frequented a lot of kodi related forums (tvaddons.ag/co/nl, xunity, openelec to name just a few) but nowhere have I felt more welcome, appreciated and, well, simply at home then at nan.

Although the Zero Tolerance Team Repository seems that isn’t going anywhere, the repo and wizard are currently offline. Also, from the same repository it is certain that the Pyramid addon and the Tombraider builds are now history. Pyramid / Tombraider decided that is not worth the risk and retired from the KODI 3rd party developing scene.

For the Sceptics LOL pic.twitter.com/H4b5vwptTp

Teverz which is also a Youtube content creator, has his own wizard for Kodi. He received a letter and talked to the referee on the phone via the number supplied. So far, Teverz in a video that he released said that he is keeping everything online, calling the letter nothing but a “scare tactic” without any  sort of legal weight.

Another Shake Up in The Kodi Community. More letters handed out. More Devs Retiring for now. Find Out More https://t.co/6Y122mwX6p

The Looking Glass Repository is also offline and their server gives a message that the account is suspended. Though we do not have an official statement from the group, it seems that they also left the scene.

Doggmatic is also a Youtuber and a build maker. Like Teverz he released a video saying that the letter he received has no legal authority and that he is not going anywhere. He is not a member of the Illuminati Team Repo as it was reported by some media and KODI related blogs.

TAKE A DEEP BREATH AND …….. RELAX WHAT’S UP WITH ME AND KODI!!!! https://t.co/FhBfwEPDYf also watch the videos for @tantrumdev and @TeverzMe for more information.

SpinzTV, one of the most popular Kodi builds/wizard (also hosted the Strictly HD and Spinz Cartoon Crazy addons) seems that also received a cease and desist letter from ACE. His KODI builds and whole repository are offline and he has stated that he is finished with Kodi for now:

It is a sad day for the SpinzTV team and we must now say goodbye. Thank you all for your support over the years. Aldo thank you to all the devs that helped make us what we became. @spinz_tv @connjam @PremiumLite

Reports that also Mr Blamo received the same cease and desist letter appear to be false. The repository has changed server and in order to update the repo you need to download the latest version: blamo repository (v0.0.6).

In the community there is also a rumor that supposedly TVAddons is behind these attacks. This also seems to be false, in fact most of the people that received the ACE cease and desist letters do not believe that it has nothing to do with TV Addons. TVA in their website reported the news about the NoobsAndNerds c&d letter and even if from the article one can easily understand that there is not a lot of love in their relatioship, they also added their support to the NAN group.

Although certain members of NaN would from time to time attack our community, we never spoke ill of them. In the spirit of open source, we only wishes them the best. We understand what it’s like to fall victim to copyright bullies and hope they get out of it without losing their shirts. 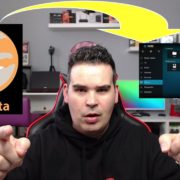 INSTALL PLACENTA ADDON ON KODI – HOW TO 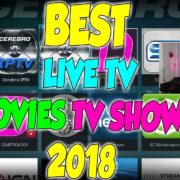 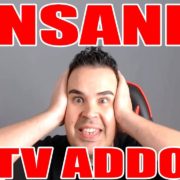 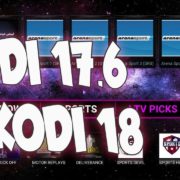 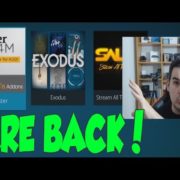 EXODUS AND SALTS ARE BACK IN A REPOSITORY!!! HOW TO INSTALL ON KODI 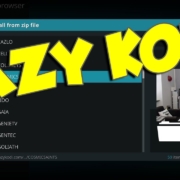 LAZY KODI ONE SOURCE FOR EVERY KODI ADDON AND BUILD !!
0 replies