Lambda, the creator of Exodus and previously Genesis has announced tonight that he is retiring. We can have a very long and detailed discussion on what exactly happened but that would not change anything but create more tension and of course it will not change the sad news that the best 3rd party developer of KODI addons has abandoned Exodus and TV Addons. Now Exodus is left to TV Addons and some other developer may carry on with it’s development but no details were given.

Even though I personally do not agree with the code the developer had introduced into his previous version of Exodus, it is disappointing see him leave and especially in this way. Lambda in those last seven years was the best of the 3rd party developers, had never provoked or took part into drama and gave a lot (together with other great developers especially from TV Addons) into the community. And if he did an error of judgement, he is still human after all. Luckily we can still enjoy his work as he maintains some very good addons in the Official KODI Repository.

KODI users can still enjoy similar addons like ZEN by Schism (which is actually a fork of Exodus even though it created it’s own path lately), SALTS by TK Norris, Specto by MrkNow (the Genesis fork),Velocity by Blazetamer and iStream by XUnity Talk. Also we still have to wait what the fate of Exodus will be and if the new developer can continue the amazing work of his predecessor.

As a final note, I would like to thank Lambda for everything that he created and shared with everybody, without never asking anything in return! Exodus (and Genesis earlier) was the actual 3rd party development and the reason why KODI became so popular. And of course all of his other contributions in code that helped and continue helping other addons in order to work. 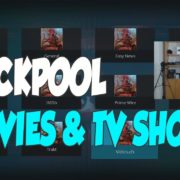 INSTALL DUCKPOOL ADDON ON KODI AND HOW TO FIX DEPENDENCY ERROR!

HOW TO INSTALL BUBBLES KODI ADDON 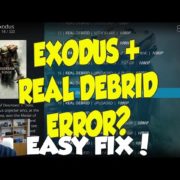 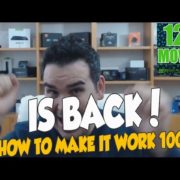 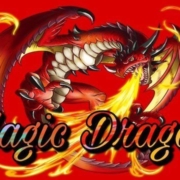 HOW TO CAST ANDROID GAMES, APPS, PHOTOS, KODI TO CHROMECAST TV OR MONITOR &...

WOLFPACK KODI ADDON A FANTASTIC ALL IN ONE ADDON WITH EVERYTHING, EVEN XXL ...
Scroll to top