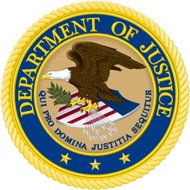 In August 2019, the US Department of Justice (DoJ) announced that eight men had been indicted by a grand jury for conspiring to violate criminal copyright law by running “two of the largest unauthorized streaming services in the United States.”

The remaining six defendants were set to go on trial during December 2019 but following acknowledgment by the court that the case is unusually complex, it was pushed back to February 2020. Due to fresh developments in the investigation, however, the trial will now be pushed back to the summer.

According to court documents filed by the US Government in December 2019, it was already in possession of a significant amount of discovery data (around 88 gigabytes) but following a March 2018 request under the US-Canada Mutual Legal Assistance Treaty (MLAT), law enforcement agencies in Canada had seized a great deal more.

It took around 21 months but on December 16, 2019, the data was finally handed over to the Department of Justice. The volume of evidence is reportedly “enormous” and includes reports from the Royal Canadian Mounted Police, subscriber information documents, a list of tickets and messages pertaining to subscribers, plus five forensic images of computers located at OVH, a hosting provider in Canada.

Those five images are said to contain “well over” 2.3 million files which together total around 2.72 terabytes of data. The FBI reportedly took the evidence to the Computer Crime and Intellectual Property Section’s Cybercrime Lab in December 2019 which found information relating to Jetflicks, iStreamitAll and related services including SmackDownOnYou, Sincity Sports Cards, BlockBustersTV, Cardvision TV, and other entities and persons connected with the case.

An estimated 186,000 emails were also discovered, some with Excel and Word attachments. According to the US Government, the overall trove is so extensive it’s 30 times larger than the discovery provided to the defendants to date. So, given the scale of the task ahead, the US Government advised a Virginia court that all parties would be best served by a further trial delay.

“In our view, given that neither the government nor the defense has reviewed the data we just received from Canada, all parties would benefit from a continuance,” the filing reads.

In closing, the Government requested that the trial be shifted to June 22, 2020. This delay was initially opposed by defendants Peter Huber and Yoany Vaillant but an agreement was later reached. As a result, in an order signed this week by District Court Judge T.S. Ellis III, the trial was rescheduled for July 14, 2020.

The information provided by Canadian authorities may yet boost the US Government’s case against the Jetflicks defendants but its lawyers didn’t waste the opportunity to take a shot at Canada’s alleged poor conduct when it comes to dealing with pirate sites.

“The Court may wonder why Jetflicks and iStreamItAll — which were both based in the United States — used a hosting provider in Canada for their operations,” a footnote reads.

“According to the International Intellectual Property Alliance (IIPA), which represents over 3,200 U.S. companies producing and distributing materials protected by copyright laws throughout the world, among those engaged in piracy, Canada has had a ‘long-standing reputation as a safe haven for some of the most massive and flagrant Internet sites dedicated to the online theft of copyright material’.”

While the same footnote also states that Canada “has made some progress” in recent years, it’s obvious that hosting Jetflicks in Canada didn’t save its operators from prosecution or from having their data seized and handed to US authorities.

The related court filings can be found here and here (pdf)