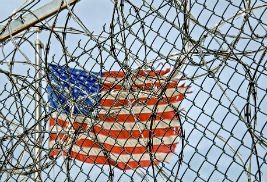 Hansmeier and fellow attorney John Steele went a step further though. Among other things they lied to the courts, committed identity theft, and concocted a scheme to upload their own torrents to The Pirate Bay, creating a honeypot for the people they later sued over pirated downloads.

Both attorneys pleaded guilty and Hansmeier was the first to be sentenced. However, he is not planning to let the matter go without a fight. This was already made clear in his plea agreement last year, where he reserved the right to appeal.

Hansmeier initially hoped to be released pending his planned appeal. Before the sentencing, his attorney put in a request to make this happen, in an effort to keep him out of prison.

The U.S. prosecution objected and asked the court not to allow bail. Among other things, it argued that the Prenda attorney may be a flight risk, considering that he previously lied to courts, created sham entities in order to shield himself, and destroyed evidence when he was found out.

The court sided with the prosecution and denied the bail request. This means that Hansmeier will serve time while his appeal is ongoing.

There was initially also some positive news for the Prenda attorney. Through his bankruptcy trustee, he was awarded a $75,000 settlement for restitution the lawyer previously paid against an accused file-sharer, while not being a named party.

Hansmeier is not going to see any of that money though, as U.S. Attorney Erica MacDonald swiftly put in a request to reserve the funds for the victims of the Prenda scheme.

“Hansmeier is set to receive a substantial amount of money and justice requires an order for its immediate payment towards the restitution he owes his victims,” MacDonald wrote.

The court agreed and this week ordered that the $75,000 should be reserved for potential victims. The court previously ordered that, in addition to the prison sentence, Hansmeier must pay his victims a total of $1.5 million in restitution.

For now, however, all eyes will be on the appeal.

John Steele, the second defendant in the Prenda case, is scheduled to be sentenced in July. The U.S. prosecutor previously stated that Steele has been very cooperative following his arrest so has recommended an 8-10 year sentence.