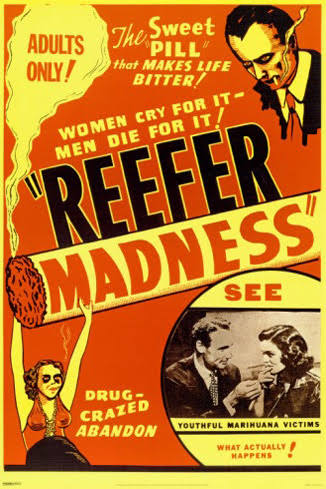 On dozens of occasions during the past year, TF has been compelled to cover the latest entertainment industry anti-piracy scare campaigns. We never have a problem doing so since news is to be reported and we’re all adults with our own minds to evaluate what we’re reading.

Unfortunately, many people behind these efforts seem to be under the impression that their target audience is comprised of simpletons, none of whom are blessed with a brain of their own. Frankly it’s insulting but before we go on, let’s get a few things clear.

Copyright infringement – including uploading, downloading, sharing or streaming – is illegal in most countries. That means that copyright holders are empowered under law to do something about those offenses, either through the civil or criminal courts. While unpalatable to some, most people accept that position and understand that should they be caught in the act, there might be some consequences.

With that said, there are copyright holders out there that need to stop treating people like children at best, idiots at worst. At this point in 2017, there’s no adult out there with the ability to pirate that truly believes that obtaining or sharing the latest movies, TV shows and sports is likely to be completely legal.

If you don’t believe me, ask a pirate why he or she is so excited by their fully-loaded Kodi setup. Hint: It’s because they’re getting content for free and they know full well that isn’t what the copyright holder wants. Then ask them if they want the copyright holder to know their name, address and everything they’ve downloaded. There. That’s your answer.

The point is that these people are not dumb. They know what they’re doing and understand that getting caught is something that might possibly happen. They may not understand precisely how and they may consider the risk to be particularly small (they’d be right too) but they know that it’s something best kept fairly quiet when they aren’t shouting about it to anyone who will listen down the pub.

Copyright holders aren’t dumb either. They know only too well that pirates recognize what they’re doing is probably illegal but they’re at a loss as to what to do about it. For reputable content owners, suing is expensive, doesn’t scale, is a public relations nightmare and, moreover, isn’t effective in solving the problem.

So, we now have a concerted effort to convince pirates that piracy is not only bad for their computers but also bad for their lives. It’s a stated industry aim and we’re going to see more of it in 2018.

If pirate sites aren’t infecting people’s computers with malware from God-knows-where, they’re stealing their identities and emptying their bank accounts, the industries warned in 2017. And if somehow people manage to run this gauntlet of terror without damaging their technology or their finances, then they’ll probably have their house burnt down by an exploding set-top box.

Look, the intention is understandable. Entertainment companies need to contain the piracy problem because if they don’t, it only gets worse. Again, there are few people out there who genuinely expect them to do anything different but this current stampede towards blatant scaremongering is disingenuous at best and utterly ridiculous at worst.

And it won’t work.

While piracy can be engaged in as a solo activity, it’s inherently a social phenomenon. That things can be pirated from here and there, in this way and that, is the stuff of conversations between friends and colleagues, in person and via social media. The information is passed around today like VHS and compact cassettes were passed around three decades ago and people really aren’t talking about malware or their houses catching fire.

In the somewhat unlikely event these topics do get raised for more than a minute, they get dealt with in the same way as anything else.

People inquire whether their friends have ever had their bank accounts emptied or houses burnt down, or if they know anyone who has. When the answer comes back as “no” from literally everyone, people are likely to conclude that the stories are being spread by people trying to stop them getting movies, TV shows, and live sports for free. And they would be right.

That’s not to say that these scare stories don’t have at least some basis in fact, they do.

Many pirate sites do have low-tier advertising which can put users at risk. However, it’s nothing that a decent anti-virus program and/or ad blocker can’t handle, which is something everyone should be running when accessing untrusted sites. Also, being cautious about all electronics imported from overseas is something people should be aware of too, despite the tiny risk these devices appear to pose in the scheme of things.

So, what we have here is the modern day equivalent of Reefer Madness, the 1930’s propaganda movie that tried to scare people away from marijuana with tales of car accidents, suicide, attempted rape and murder.

While somewhat more refined, these modern-day cautionary messages over piracy are destined to fall on ears that are far more shrewd and educated than their 20th-century counterparts. Yet they’re all born out of the same desire, to stop people from getting involved in an activity by warning them that it’s dangerous to them, rather than it having a negative effect on someone else – an industry executive, for example.

It’s all designed to appeal to the selfish nature of people, rather than their empathy for others, but that’s a big mistake.

Most people really do want to do the right thing, as the staggering success of Netflix, iTunes, Spotify, and Amazon show. But the ridiculous costs and/or inaccessibility of live sports, latest movies, or packaged TV shows mean that no matter what warnings get thrown out there, some people will still cut corners if they feel they’re being taken advantage of.

Worst still, if they believe the scare stories are completely ridiculous, eventually they’ll also discount the credibility of the messenger. When that happens, what little trust remains will be eroded.

Then, let’s face it, who wants to buy something from people you can’t trust?

Kodi for the Xbox One