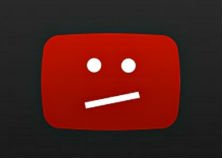 Some of the proposals were hugely controversial. Article 13, for example, would see the liability for infringing content switched from users of sites like YouTube to the platform itself.

But, despite warnings, in September the European Parliament voted in favor of proposals put forward by Axel Voss’ EPP group.

This is a revised version of the original proposal, but one that would still pave the way for upload filters, to prevent infringing content from reaching sites like YouTube in the first place. However, speaking today in Financial Times (paywall), YouTube CEO Susan Wojcicki says that blocking videos may be the platform’s only option.

“While we support the goals of article 13, the European Parliament’s current proposal will create unintended consequences that will have a profound impact on the livelihoods of hundreds of thousands of people,” Wojcicki writes.

“The parliament’s approach is unrealistic in many cases because copyright owners often disagree over who owns what rights. If the owners cannot agree, it is impossible to expect the open platforms that host this content to make the correct rights decisions.”

Using the hit “Despacito” as an example, Wojcicki says that the track contains multiple copyrights including sound recording and publishing rights. YouTube has agreements with several parties to license the video but other rightsholders remain unknown. This could present a situation so complex that YouTube might have to stop hosting the video altogether.

“That uncertainty means we might have to block videos like this to avoid liability under article 13. Multiply that risk with the scale of YouTube, where more than 400 hours of video are uploaded every minute, and the potential liabilities could be so large that no company could take on such a financial risk,” she adds.

While the rest of the world appears to be safe from such blocking, YouTube’s CEO warns that it is EU residents that will be affected. During the last month alone, videos were viewed by citizens more than 90 billion times.

Wojcicki says her company wants to work with policymakers and the industry to develop Article 13 in a way that protects rightsholders but without stifling the creative economy. That might including broader licensing agreements, improved collaboration with rightsholders, and technical solutions, similar to Content ID.

“Platforms that follow these rules, and make a good effort to help rights holders identify their content, shouldn’t be held directly liable for every single piece of content that a user uploads,” Wojcicki writes.

“We ask policymakers to find a solution that protects rights holders and creators alike, and listen to the growing number of EU voices, including some member countries, who agree there’s a better way forward.”

In a report last week detailing how Google fights piracy, the company noted that between October 2017 to September 2018, YouTube had paid more than $1.8 billion to the music industry from in advertising revenue alone.

Last Friday, however, that figure was challenged by IFPI Chief Executive, Frances Moore.

“We welcome Google’s recognition that it and Google’s YouTube need to operate responsibly and properly value creators and their work. However, the figures in Google’s anti-piracy paper don’t match our own,” Moore said.

“It is difficult to get any clarity on Google’s claims as it doesn’t explain its methodology, but IFPI data shows that revenue returning to the record industry through video streaming services (including but not limited to YouTube) with 1.3 billion users amounted to US $856 million in 2017 – less than half of Google’s claim and less than US $1 per user per year.”

It seems clear that YouTube and the music industry are yet to see eye to eye on this problem but with the platform suggesting that blocking might be the only option, as we envisioned earlier, the pressure is increasing on supporters of Article 13 to avoid this worst-case scenario.