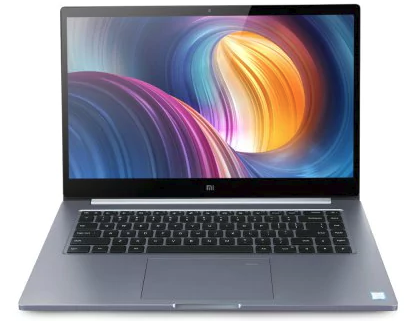 One of the best looking and also with great specs Notebook you can buy right now is the Xiaomi Mi Notebook Pro. The design by Xiaomi is so similar to the Apple MacBook Pro but of course instead of MacOS you got Windows 10. And not only it is a super slim, beautiful notebook but also pretty beastly as well. Comes with Intel’s Core i5-8250U CPU up to 3.4GHz, 8GB of DDR4 RAM and a 256GB SSD. The graphics on this great notebook have been taken care by NVIDIA, the NVIDIA GeForce MX150 GPU supports dual display and certainly better and faster performance in games and videos.

A unique and very interesting feature is also the fingerprint scanner on the device. Never before it was so easy to unlock your notebook. Instead of having to enter passwords or pin codes, with a simple touch of the sensor you have your notebook unlocked and ready to use. And speaking of easiness, the SSD on this notebook makes the whole experience so fast, with very fast boot times and almost instantaneous launching of the apps. Unexpectingly good also the keyboard / touch pad which makes typing and overall control of the device so easy and fluid.

The battery on the Xiaomi Mi Notebook Pro is a 7.4V / 8000mAh Li-ion polymer battery with a charging time of 1-2 hours. Impressive also the stand-by time when the device is on sleep mode. Almost no power loss which surely isn’t something that often on devices likes this. The dual speaker audio system that supports Harman Infinity Dolby Atmos and the front face camera completes this highly recommended notebook and the best of it, you can now get it just for ( $889.99 / €734.13 / £649.91 when using the discount coupon GBAPR105 from: https://goo.gl/NLYwGn

LIVE SPORTS KODI ADDON THAT YOU WILL LOVE !!!
Scroll to top