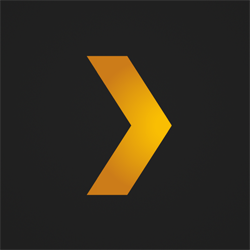 After several years of producing and distributing a wide range of addons for the popular media center, ‘MK’ threw in the towel.

“Over the past year or so Kodi has become more mainstream and public we’ve all seen the actions of others become highlighted legally, with authorities determined to target 3rd party addons making traction,” MK announced.

“This has eventually caused me to consider ‘what if?’ – the result of which never ends well in my mind.”

The “what if?” here is whether MK himself would ever find himself targeted by legal action. As the recent case filed against Kodi addons site TVAddons by Bell, Videotron, Groupe TVA, and Rogers shows, copyright holders are prepared to act aggressively to protect their rights.

While we don’t doubt MK’s reasons for retirement, it now transpires that MK was already in the spotlight of Plex Inc., the company behind Plex. They seem particularly unimpressed with some of his recent work.

Plex is a system which allows users to manage and organize their entire media library, import artwork and all kinds of metadata, and then stream it to any device, such as TVs, phones, and set-top boxes.

For people with content already around it’s a beautiful Netflix-beating system that’s free to use up to a point, but it also comes with premium features as part of a $5pm Plex Pass subscription. Those extras include a Kodi addon.

“Currently available as a preview to our premium Plex Pass subscribers, the Plex for Kodi add-on gives users the best of both worlds; the advanced customization of Kodi home theater and the beauty and simplicity of Plex for access on any device, anywhere, anytime,” the Plex site reads.

MK Plex, the addon produced by MetalKettle, unlocks the restrictions. Installable in Kodi with just a few clicks, the addon allows users of Plex to achieve the above without the need for a Plex Pass subscription. The addon was submitted by MK to the TVAddons repository last week but it took only days for Plex’s legal department to swing into action.

TorrentFreak obtained a copy of the company’s letter to TVAddons from a source close to the platform.

“We represent Plex, Inc. of Los Gatos, California, USA (‘Plex’) in trademark and other intellectual property legal matters. Plex recently learned that you offer a software product called MK Plex that is promoted on [your] website,” it begins.

“The designation MK Plex infringes on Plex’s intellectual property rights and therefore Plex hereby demands that you remove all web pages that use the designation MK Plex, delete all software branded MK Plex and disable all downloading, and cease all other use of Plex’s trademarks immediately.”

While this request would’ve been enough for TVAddons to respond, the lawyers went on in some detail about trademark issues, reiterating that “the designation ‘unofficial plugin’ indicates that your use of MK Plex is intended to trade on the reputation and goodwill of the Plex brand.”

In summary, Plex said that by presenting itself as an unofficial plug-in, MK Plex infringes trademark and unfair competition law in the United States. There was no mention at all of the features provided by the software, the entire issue was framed as a trademark dispute.

Plex’s lawyers continued by threatening formal legal action against TVAddons, including a claim for damages and a court order to shut down the entire site. That’s pretty aggressive for a letter that references an addon that was completely produced by a third-party. Nevertheless, TVAddons informs TF that it had no problem complying with Plex’s takedown request as a matter of urgency.

“We love Plex and would never do anything to cause them grief. The user generated addon in question should never have made its way into our repository in the first place and we apologize for that,” a site representative said.

“We’d like to stress, however, that we took swift action as soon as Plex made us aware of the issue. This is why it’s so important that all web sites with user generated institute a legitimate takedown notice system, so that issues like this can be amicably resolved much faster than they could be in court, without any harm done to either party. TV ADDONS has always and will continue to respect the rights of others.”

TVAddons doesn’t know if MK himself is fully aware of the problem Plex has with his addon or whether he’s going to put it into retirement along with himself. However, the undertone in our conversation indicated that might be a prudent course of action.

TVAddons said they responded immediately to all of Plex’s demands and were thanked for dealing with the matter comprehensively, so it’s at least possible that MK has similar options available.

While a trademark dispute for a Kodi addon is interesting enough, this case offers a perfect illustration of how problems with intellectual property can be worked through, if the parties are prepared to work together. In the ongoing case of the Canadian broadcasters against TVAddons, not a single takedown notice or piece of correspondence was sent to TVAddons in advance of super-aggressive legal action.

Had a simple email been sent, the problem could’ve been solved in a day, rather than the years currently expected.