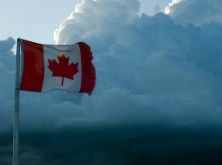 Following a complaint from major media companies Rogers, Bell and TVA, the Court ordered several major ISPs to block access to domains and IP-addresses of the pirate IPTV service GoldTV.

These types of blocking efforts are common in quite a few countries. However, in Canada they are new, which means that developments are closely watched by both supporters and opponents.

One of these newer developments is the expansion of the blocklist with new domain names. After the initial injunction was ordered GoldTV became accessible through new addresses, effectively circumventing the court’s measures. This was dealt with by blocking the new domains as well.

This extension of the court’s order was permitted under the injunction and signed off by the court. This order is also public to those who pay to access it, which allows us to report on it.

However, as more and more blocks are issued this process may become harder to follow. It would be more transparent if ISPs published a list of blocked domains and IP-addresses. This would make it possible for the public to see what’s going on and report errors. If there are any.

This transparency idea isn’t too far-fetched. Canada’s current net neutrality regulations require ISPs to disclose what traffic management practices they use. Disclosing a list of blocked domain names and IP-addresses could fall into the same category.

As we were unable to find any ISP publicly listing this information on a page that’s available outside its network, we decided to ask them whether they had any plans to provide one.

In addition, we also asked what technical means the ISPs use to block domain names. Is it a simple DNS redirect, or are there more invasive techniques in use?

After waiting for several days, we still only have a response from one Internet provider. The ten remaining companies simply stayed quiet and didn’t even acknowledge receipt of our questions.

The company that did respond is TekSavvy, which also happens to be the only ISP that appealed the blocking injunction.

TekSavvy’s vice-president of regulatory affairs, Andy Kaplan-Myrth, informs us that they already provide detailed information to blocked users. This includes links to all the blocked domains and the court order itself.

In the future, TekSavvy plans to make this available to outsiders as well. The ISP shared a copy of the info page (pdf) with us but it’s not linked from the ISP’s website yet.

The information shows that TekSavvy is using DNS blocking. It effectively changes the DNS entry so the domains point to the blocking notice instead of the regular page.

Kaplan-Myrth notes that this works but adds that the blockade can be circumvented when subscribers switch to alternative DNS providers such as Google, Cloudflare, or OpenDNS.

While we are pleased with TekSavvy’s openness, the lack of response from the other ISPs isn’t very encouraging when it comes to transparency. We contacted Bell, Rogers, SaskTel, Cogeco, Eastlink, Distribitel, Fido, Shaw, Telus, and Videotron, without hearing back.

Although more transparency is welcome, the Canadian system is quite open compared to some other countries. In the UK for example, none of the blocklist changes are publicized beyond the initial court orders. This means that it’s more or less a guess how many are blocked.