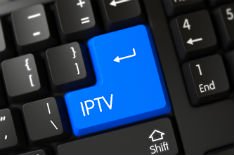 For years, downloading movies and TV shows has been enough for many online pirates but the broad availability of illicit live streaming services is now a huge draw.

No longer limited to watching after-the-fact recorded content, streaming websites and IPTV services now offer packages that compete and even out-do traditional cable and satellite providers, with the added bonus of being delivered at almost pocket-money prices.

While consumers reap the benefits of low costs and a broader choice of content, suppliers of illicit IPTV products are lured by the proposition of making good money. In Europe alone, the market is edging towards an estimated billion euros per year and there is no shortage of people looking for a piece of the pie.

UK-based Steven Underwood was one of those streaming entrepreneurs but in January this year, things came crashing down. Following an investigation by the Federation Against Copyright Theft and Cornwall Trading Standards, the Police Regional Organised Crime Unit entered Underwood’s home with a search warrant.

An investigation revealed that the Redruth man had sold around £400,000 worth of subscriptions to his IPTV service. The platform was never named publicly named but it’s believed to have been in operation for at least two years, supplying illegal streams of Sky, BT, and Premier League content, among others.

It is relatively rare for these types of cases to go to trial and this one was no exception. In November, Underwood appeared before Truro Magistrates Court, pleading guilty to copyright and fraud offenses. All that remained was a hearing to determine his punishment.

At a sentencing hearing yesterday, the Court heard that between December 2016 and January 2019, 34-year-old Underwood admitted communicating a copyrighted work to the public for personal gain, contrary to the Copyright Designs and Patents Act, and further admitted an offense under the Fraud Act 2006.

Prosecutor Harry Ahuja told the Court that Underwood “had specific skills in IT” and used them to obtain illegal streams that were uploaded to remote servers, which cost the Cornwall man between £6,000 and £8,000 a month to maintain.

Labeling the crimes as “extremely serious”, the Judge handed Underwood a one-year prison sentence suspended for two years, a 20-day rehabilitation activity requirement (to lessen the likelihood of future offending), and made him the subject of a £10 confiscation order, Falmouth Packet reports.

“We are constantly working to remove sellers of illegal streaming subscriptions from the market and bring them to justice,” said Kieron Sharp, CEO of FACT, commenting on the sentencing.

“The message is clear – if you are tempted to sell access to content that is not licensed or owned by you, you risk facing a criminal conviction.”